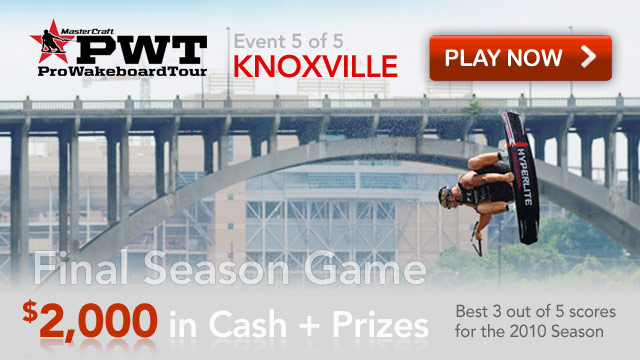 If we talk about IWWF standards, the scores are given by each judge in relation to the other riders in the group of 4 to 8 people. By default, half of the points are given for the fly stunts and half for the figures, of which also a 50/50 assessment are technical execution and the overall impression of the trick.

In general, wakeboarding program can be broken down by the acronym D.R.I.V.E.

Difficulty – the complexity of performed elements.
Risk – complicating factors of performing basic tricks (Blind, grab, swich).
Intensity – frequency of tricks, density and completeness of areas involved.
Versality – the variety of tricks: if rotations are repeated, then in different directions, if flat tricks, then points are awarded for the performance in different directions (on both legs) and how completely the program is presented in different groups of tricks.
Extensity – performance of the trick, amplitude of flight, stability, cleanness of the landing, duration of the grab relative to other riders.

There are quite a lot of tricks, so our review will cover only the main ones. Let’s skip the section of 180-1080 degree spins, which are already clear by their name, and focus on the rest of the mass of elements that are performed in the wakeboarding world.
Well if you want to know how to do stunts on a wakeboard – welcome to our online school! Quick course “Wakeboarding in 10 minutes” will show you the basic accents in preparation and execution of tricks.

Basic Wakeboarding Tricks
Wakeboard Tricks. All cable wakeboarding tricks with descriptions.
Listed below are the basic elements that can be combined with all the other groups or performed as an independent element on the figures in the park.

Most of the advanced elements are performed from the bar and are divided into several basic groups depending on technique and flight path.

Reilly – a straight forward flight with a backcountry swing.

Backroll – if you do “wheel” on land, on the water with a board it will be a backroll, when the board passes the top point parallel to the rope. There is a very similar element – backflip, when the board goes perpendicular (from the kicker).

Frontflip and frontroll are forward spins, from the backcountry and frontcountry edge, respectively.