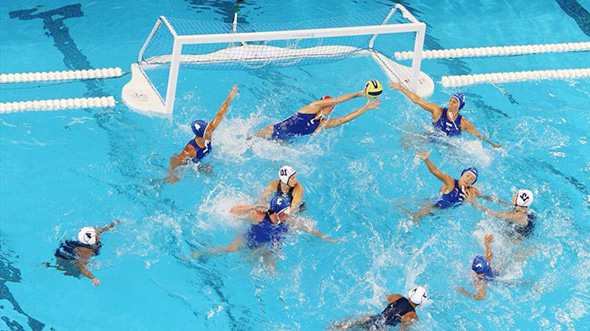 The emergence of water polo as a sport

Water polo is a sports team game on the water, the meaning of which is to throw as many balls as possible by hand into the gates of the opponent in the allotted time.

People have long loved various water fun and games on water. The ability to swim and stay well on the water surface are important skills in human life. It is these, coupled with endurance, agility, marksmanship and strength, that became the fundamental elements for water polo games.

The emergence of water polo as a sport is associated with two legends. One says that, in ancient Japan, residents played a game where players, saddled with wooden barrels, moved around in the water by passing each other the ball with long poles.

Another legend has it that water polo was born in England. It may have originated from the love of English aristocrats for horses and horseback riding. At the time, polo was a popular game in Britain, in which riders used clubs to pass the ball to each other on a flat field to score it in the opponent’s goal. One day, bored British sailors decided to play polo. But as there were neither horses nor a field nearby, they sat down on wooden barrels and started to chase the ball over a watery surface.

One way or another, but the spread of modern water polo began in England. It is connected with the name of an Englishman William Wilson, who first introduced it to the audience in 1869 under the name “water soccer”. At that time, there were no clear rules of the game. Power holds and holding an opponent under water, as well as any method of taking the ball away were not prohibited techniques. For the goal long sticks were adapted, dug into the bottom of the reservoir. Games were played on lakes with calm water or rivers. Only in 1876, William Wilson invented the rules of the game, which for the next 14 years have remained unchanged.

In 1885 water polo was recognized as a sport, and 3 years later England held its first ever water polo championship. Two years later, a demonstration meeting was held between the English and Scottish teams. The game was loved by fans and spectators. Water polo began its rapid development and spread throughout the world.

In 1900, water polo became the first team game included in the Olympic Games. Since 1926, European Championships have been held, followed by World Championships for men’s teams in 1973. The first World Championships for women’s teams were held in 1986. Since 2000 women’s water polo has been included in the Olympic Games. The development of water polo in the Soviet Union began in the 20th century. Athletes were taught the basics of the game in swimming schools. In 1912 there were competitions between amateur water polo teams. Only by the end of the 20th century water polo began to actively develop among women’s teams. The popularity of water polo in the Soviet Union meant that Soviet athletes repeatedly took medal prizes at the Olympics. Today the Water Polo Hall of Fame in the United States includes four representatives from our country.

Water polo is very popular in countries with warm climates. This sport becomes the “cherry on the cake” of any world championships in water sports.